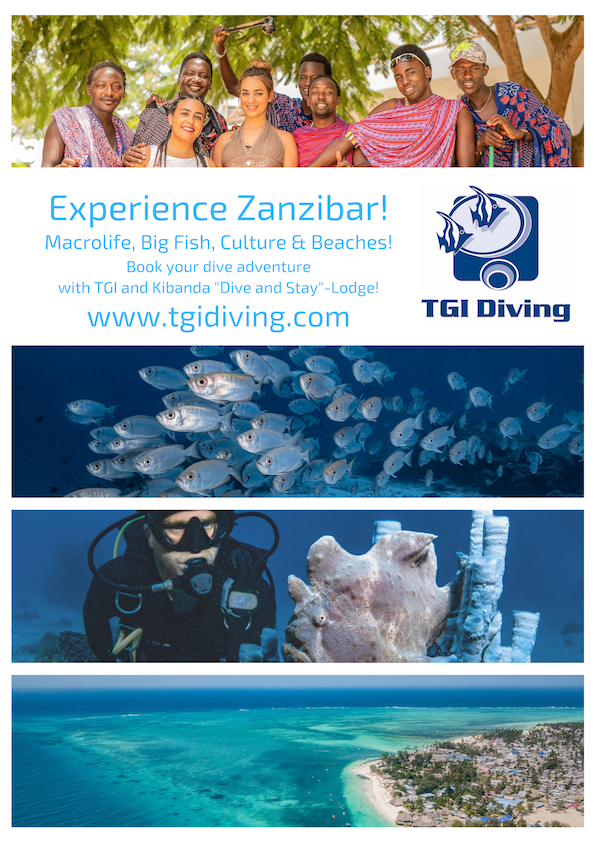 Zanzibar (officially named Unguja) is the main island of an archipelago, which belongs to the United Republic of Tanzania’s .

Located in the Indian Ocean, the Spice Street has been a commercial point of sale for thousands of years. Zanzibar’s long white beaches have seen Sultans, slaves, pirates, adventurers and navigators.

A meeting point of various people and traditions, Zanzibar has the highest representation of Swahili culture in perfect balance with Islamic culture . The ancient Stone Town neighbourhood (UNESCO World Heritage) with its palaces and typical Arab doors is a spectacular example of this fusion.

Zanzibar today fascinates and captures visitors with its white powder sand beaches, crystal-clear coral sea a multicoloured home of a myriad of fish, lush forests, but also with its characteristic baobabs, aromatic spices and seductive African atmosphere of a joyful and welcoming population.

Nungwi in the northern part of the island is a fishing village, famous for the construction of the dhow, the typical Zanzibarinan boats.

The northern village of Nungwi is the only area of the island not affected by the changing tides, here the white sands and coconut groves give way to a magnificent turquoise lagoon enclosed by a barrier reef, the perfect spot for the whole family to enjoy a relaxing holiday by the sea, simply relax on the beach and soak up the natural beauty or take a trip to explore the fascinating reef and spectacular underwater life.

Our hotel ‘Kibanda Lodge’ is just a short walk from the beach and offers a relaxing atmosphere with a mix of modern comfort with traditional influences.

We run one diving center in the north of the island, to bring you fast and efficient to all the best dive sites of Zanzibar. We are also official Mares distributors of the area.

Rainy season, called “Masika” from March to May.
Season of small rains, called “Vuli” from October to November.
Dry season from June to October.
Hot season from November to March

Humpback whale season is from July until November

Whaleshark season is from September until December.